MonteCarlito is a free Excel-add-in to do Monte Carlo simulations. It computes common summary stats like median and standard error, outputs them directly into Excel cells, and shows histograms.

Properly, you'd do this in, say, Python. MonteCarlito is meant to provide a low-barrier intro to the topic for educational purposes.

How does it work?
MonteCarlito is a VBA macro; just open the MonteCarlito Excel file along with your actual worksheets to use it.

How to start a Monte Carlo sim?
Put the number of desired Monte Carlo paths next to a cell containing a randomly fluctuating formula; select the two cells, along with some cells below; then press [Ctrl+W]. (The MonteCarlito Excel file contains a more detailed tutorial.)

How to create histograms?
Set the format of the cell containing the number of paths to bold before starting the simulation.

How to speed it up?
Enter a negative number of paths. This minimizes Excel during simulations, and avoids costly window refreshes. 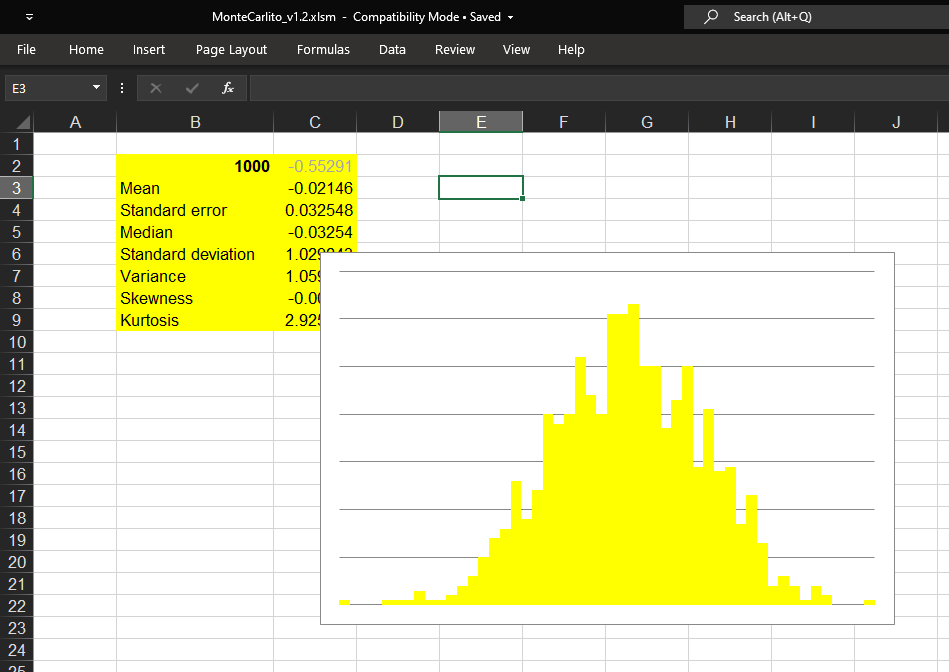